Skip to navigation
ARE YOU LOOKING FOR LEGAL COUNSEL
YOU CAN TRUST? PUT OUR EXPERIENCE ON YOUR SIDE TODAY.

IS A METAL-ON-METAL HIP IMPLANT ADVERSELY IMPACTING YOU OR A LOVED ONE IN THE FOLLOWING WAYS:

The FDA has issued a recall on some of the hip implant devices used beginning in early 2000 because the metal in these devices can corrode and rub against each other causing a condition called “metallosis”, or extensive damage surrounding the bone and tissue of certain devices.

If you think you or your loved one was implanted with one of these devices since 2000, please contact the Law Offices of David Guy Stevens.

WE CAN GET YOU THE COMPENSATION YOU DESERVE.

The Stryker Rejuvenate and ABGII hip implant devices were recalled by the FDA in July, 2012. These devices are unique because they are made from two separate parts which contain different metals. At the point where the two metal parts connect, the different metals can corrode and rub against each other. This causes toxic metallic particles and corrosion debris to be released into the hip, which causes extensive damage the surrounding bone and tissue (a condition known as “metallosis”). When this happens, surgery is usually necessary to remove the failed components. If you had a hip implant between 2007 and 2012, you could have one of these devices. Your surgeon should be able to tell you if one of these devices were used in your surgery.

The Stryker LFIT V40 Anatomic Femoral Head is a different device from Stryker which was recalled in August 2016, with an expanded recall taking place in May 2018. These devices are metal femoral heads 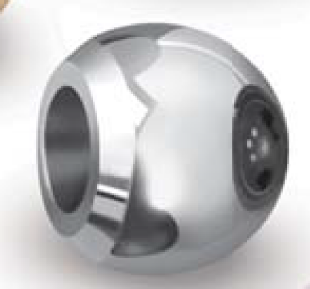 which were used in hip implant surgery from the early 2000’s until the recalls in 2016 and 2018. The potential problem with these devices happens at the point where the femoral head connects to the stem. The metal head can corrode and wear down the top of the stem, which causes toxic metal particles to be released into the surrounding tissue. This can cause extensive tissue damage. In extreme cases, the femoral head can come detached from the stem (this is known as “dissociation”). This is a catastrophic failure which requires immediate surgery to repair. 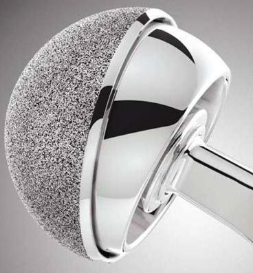 The DePuy ASR is a true “metal on metal” hip implant, in which an all-metal cup is implanted in the hip socket, and a metal femoral head is implanted to move within the metal cup. This device was recalled in August 2010. The problem with the ASR device is that the metal ball rubs against the metal cup, and this causes metal debris to shed from the two metal surfaces. This can lead to metallosis and a complex surgery to remove the failing metal components.

The Smith & Nephew Emperion Stem has been used throughout the United States for hip implant procedures. Although the device has not been recalled, there are reports of these devices fracturing and prematurely failing. When the stem fractures, it is an extremely painful and catastrophic failure of the hip implant, and it requires immediate surgery to repair. The fractures typically happen due to the stresses at the top of the implant, which causes the metal to weaken over time until it breaks. The surgery to repair a broken femoral stem can be extremely complicated because the broken components can be extremely difficult to remove.