Are you looking for legal counsel
you can trust?
Put our experience on your side today. 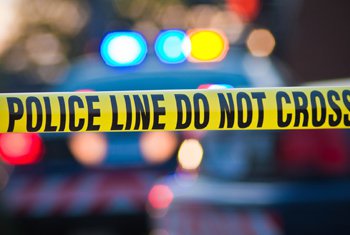 At the Law Offices of David Guy Stevens, LLC we know how confusing and stressful any domestic violence charge can be. A person accused of domestic battery or a restraining order violation may have been wrongly accused. Often the alleged victim does not want to pursue charges but the prosecutor will not drop the charges. Many people charged with domestic battery have lived a law-abiding life and have never abused anyone before, and find themselves charged with domestic violence for a minor incident that would not have been prosecuted a few short years ago. Sometimes the prosecution process can cause more division within the family than the alleged incident that led to the charge.

David Stevens an Illinois domestic violence attorney can thoroughly investigate your case and work hard to win an acquittal or to try to otherwise avoid a permanent criminal conviction. If you have been charged with any type of domestic violence, contact the Law Offices of David Guy Stevens, LLC right away. We offer a free initial consultation.

Domestic violence crimes can result in anything from a sentence of probation or conditional discharge to time in the county jail or even prison. Under some circumstances a domestic violence offense can be enhanced to a felony charge, depending on the prior criminal history of the accused or the circumstances of the case. A conviction for a domestic violence charge can affect one’s ability to obtain or keep a FOID card. A non-citizen convicted of even a very minor domestic battery incident can be deported and never allowed to return to this country. That is why it is critical that you talk to a skilled domestic violence defense attorney immediately if you have been accused of crimes such as domestic battery, stalking, violation of an order of protection or unlawful restraint. contact the Law Offices of David Guy Stevens, LLC, to discuss your case. We offer free initial consultations.

The Law Offices of David Guy Stevens, LLC is well equipped to defend people against charges of violent crimes such as assault or aggravated battery. We know how to protect your rights throughout the legal process, from arraignment hearings to post-conviction relief petitions.

Our experienced criminal defense attorneys have defended people accused of a wide range of violent crimes, including:

Illinois law is complicated regarding weapons violations. There are many exceptions, and the penalties for a violation of gun laws depend on age, prior criminal convictions, and the circumstances surrounding a charge of violating Illinois gun laws. Municipalities often have separate laws regulating gun possession and use within the boundaries of the city or town. Additionally, gun laws frequently change.

If you are a gun owner, it is important to familiarize yourself with the gun laws of Illinois and of your municipality, as you may violate these laws inadvertently. If this happens, you may face a criminal conviction for some type of unlawful weapons use that may follow you for the rest of your life—and for violating a law you did not even know existed. That is why, if accused of any weapons violation, it is important to contact a skilled attorney who knows the gun laws of Illinois and who can work to try and get you an acquittal or who can work to get the charges and penalties reduced and to achieve the best possible outcome for your case.

Penalties of a Weapons Violation Conviction

Many weapons or gun crime sentences, especially those related to the commission of another crime while in possession of a weapon, carry mandatory prison terms. Charges such as armed robbery, aggravated vehicular hijacking, and home invasion can carry increased penalties where a firearm was allegedly used. These severe penalties make it important for you to contact an experienced Illinois defense lawyer who is knowledgeable in weapons law right away if you are charged with any weapons offense with committing a crime while armed with a firearm, knife, or other weapons. Contact the Law Offices of David Guy Stevens, LLC.

Tell us about your situation and request your free consultation.